You are here: Home / Services / Fleas

All seasons pest control has been helping customers in the Hackettstown, Stroundburg, and Bangor areas with flea pest control and flea extermination for more than 40 years. We understand the amount of stress that can be caused by this biting insect especially when DIY (Do it yourself) treatment methods have been tried and still find bites on family members. 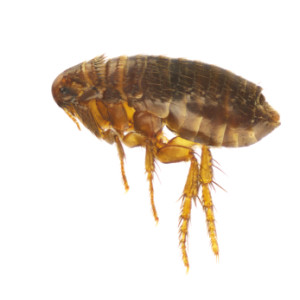 Fleas can cause medical problems like flea allergy dermatitis (FAD), secondary skin irritations and, in extreme cases, anemia, tapeworms and the stomach flu. Fleas can transmit murine typhus (endemic typhus) fever among animals and from animals to humans. Also, fleas can transmit bubonic plague and any other disease from human to rodent and from rodent to humans.

Tapeworms are another side effect of flea bites but normally only infest in humans in severe cases. Although bites are rarely felt, it is the resulting irritation caused by the flea salivary secretions that varies among individuals. Some may witness a severe reaction (general rash or inflammation) resulting in secondary infections caused by scratching the irritated skin area. Others may show no reaction or irritation acquired after repeated bites over several weeks or months.

Most Flea bites usually found on the ankles and legs may cause irritation or pain lasting a few minutes, hours or days depending on one’s sensitivity. The typical reaction to the bite is the formation of a small, hard, red, slightly raised, swollen, itching spot. There is a single puncture point in the center of each spot. Besides the problems posed by the creature itself, fleas can also act as a vector for disease. Fleas transmit not only a variety of viral, bacterial and rickettsia diseases to humans and animals.

If you suspect a Flea problem, call today for prompt, professional attention.